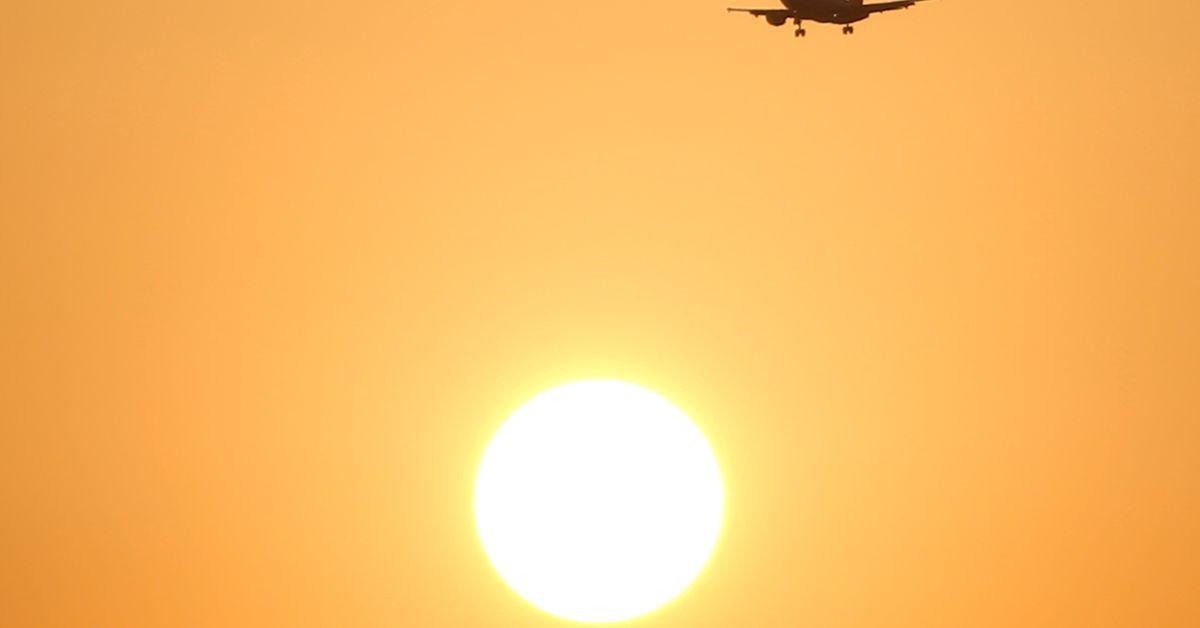 MONTREAL, Oct 8 (Reuters) – Commercial aviation’s key players are backing a target of net zero emissions by 2050, but high costs and opposition from China remain obstacles toward reaching a global climate goal at a United Nations aviation meeting next fall.

Major plane and engine makers joined airlines gathering in Boston earlier this week to commit to the goal, as aviation faces mounting pressure to reduce emissions from flights.

But state-controlled Chinese airlines objected at the International Air Transport Association’s (IATA) meeting, saying developing countries should not be held to the same standards as developed nations, reflecting longstanding divisions that some see as a dress rehearsal for the 2022 gathering in Montreal.

The same divide seen at IATA could make it difficult for countries to come together behind a common goal for aviation.

Airlines want members of the International Civil Aviation Organization (ICAO) to support a global long-term goal that would influence governments to take action to achieve the target, like funding the production of sustainable aviation fuel.

The ICAO “faces an enormous challenge and its credibility is really on the line,” said Annie Petsonk, the U.S. Transportation Department’s principal deputy assistant secretary for aviation and international affairs.

IATA’s 2050 plan requires large amounts of sustainable aviation fuel, but supply is not widely available and it is more expensive to produce than conventional jet fuel.

“If ICAO is able to identify and agree on a clear long-term aspirational goal, that will make an enormous difference in pointing the direction … toward meeting that goal,” Petsonk told a recent forum.

ICAO cannot impose rules on governments but holds clout among its 193 member countries.

Aviation was excluded from the landmark 2015 Paris climate accord, where countries agreed to limit the rise in global temperatures to 2 degrees Celsius (3.6 degrees Fahrenheit) above pre-industrial levels and preferably to 1.5 degrees. To do that, scientists say the world needs to cut emissions to net zero by 2050.

IATA’s new commitment brings the industry into alignment with the 1.5-degree target for the first time, airline industry officials said. Environmentalists say this is not enough. The association’s net-zero goal comes weeks ahead of a follow-up U.N. COP26 global climate summit in Glasgow.

For aviation, talks will come to a head at ICAO’s assembly, where the West wants a long-term goal supported by China, expected to be the biggest aviation market by the end of this decade.

ICAO’s governing council is weighing the impact of a long-term goal on growth and on costs to aviation, especially for developing countries.

“The goal shouldn’t be one-sized-fits-all,” she said, adding is should follow the notion of developed countries shouldering more responsibility since they produced more emissions in the past.

State carrier China Eastern (600115.SS) also called at IATA this week for recognition of the challenges faced by developing countries – one of the most divisive issues in past climate negotiations.

“I think we’re going to see the same debate play out at ICAO during the next assembly,” said Dan Rutherford, aviation director at the International Council on Clean Transportation, an environmental research group based in Washington.

More than 130 countries have set or are considering a target of reducing emissions to net zero by 2050, the United Nations says.

China instead aims to be “carbon neutral” by 2060, but scientists have said the target won’t go far enough to curb more severe impacts of climate change.

“It’s going to be challenging to get an agreement at ICAO next year,” said one aviation official involved in the talks. Disputes “are not necessarily always technical, but political,” the official said.

Rutherford said follow-up actions by the Chinese carriers at IATA could bode well for ICAO’s assembly, since their objections did not derail the outcome of the airlines’ meeting.

“The fact they (Chinese carriers) chose not to obstruct is important.”

Reporting By Allison Lampert in Montreal; Editing by Peter Henderson