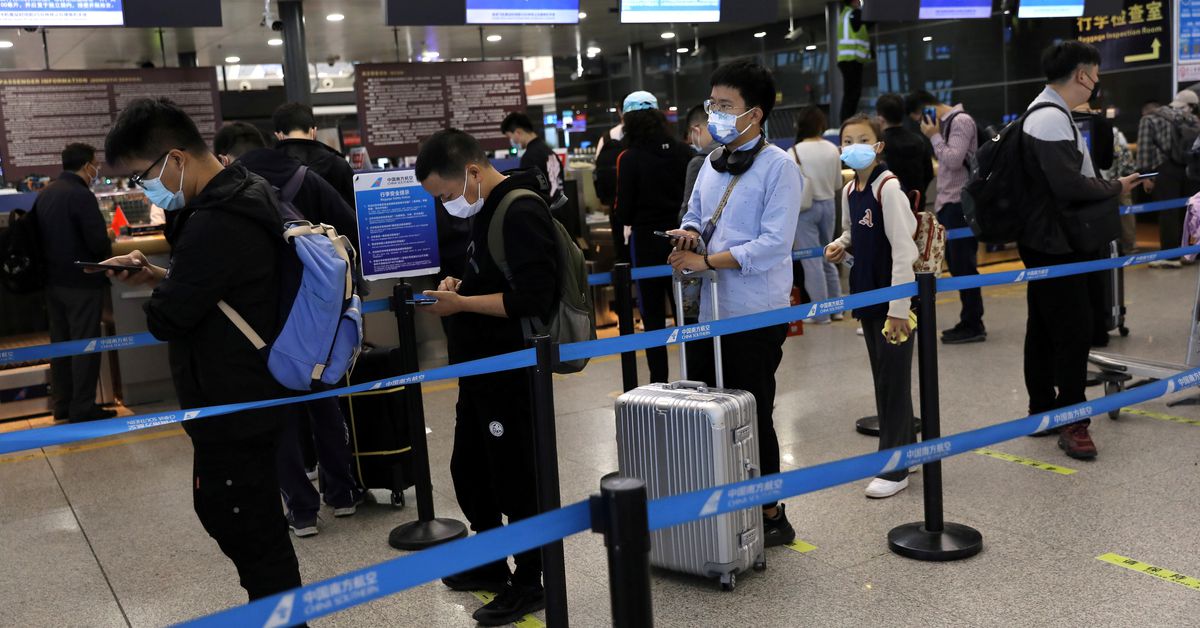 The sluggish data weighed on the outlook for China’s overall retail sales, which have slowed much more sharply than expected when new COVID-19 outbreaks struck a handful of Chinese cities over summer. read more

The seven-day holiday in China from Oct. 1-7 to mark National Day is one of the busiest travel periods in the country and a bellwether for consumer demand in the world’s second-largest economy. read more

That was down 4.7% year-on-year and still under 60% of the revenues recorded in the same week before the pandemic.

“The spend weakness was attributable to the relatively soft prices of travel products and a shift toward short-haul trips,” Citi wrote in a note.

“The recovery of consumption has been sluggish post the pandemic, and the road ahead may still be bumpy, given lingering public health risks. While the Delta wave has been contained, the risks of importing infections and local outbreaks remain.”

Third-quarter gross domestic product data are due out with September’s retail sales figures on Oct. 18.

China has largely contained the spread of the coronavirus since it first emerged in the central Chinese city of Wuhan in late 2019, adopting a zero tolerance approach that is becoming economically more costly due to the disruptions of business and industry.

The ministry also logged 515 million domestic tourist trips across China over the seven days, representing a year-on-year decline of 1.5% and was just over 70% of pre-pandemic levels.

Flight bookings for a majority of popular tourist cities were slightly lower than a year earlier, China’s aviation regulator said on Friday.

Air passenger traffic over the holiday fell 19.6% from 2020 levels, the regulator’s data showed.