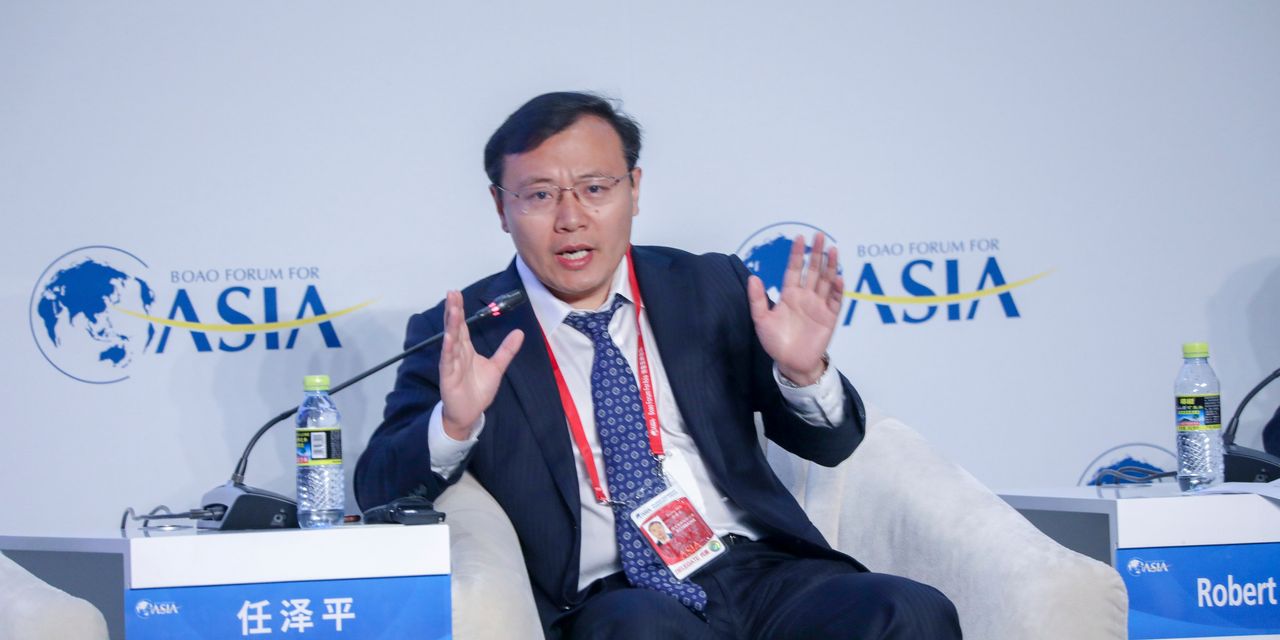 SINGAPORE—China suspended the social media account of a popular Chinese economist, days after an article that he wrote, suggesting that the country spend $314 billion to boost its fertility rate, went viral online.

Ren Zeping, a former economist at the Development Research Center, which is overseen by China’s cabinet, with more than 3.5 million followers on the Twitter-like Weibo platform, had his account suspended. Visitors to Mr. Ren’s account were greeted with the message: “This user has been suspended for violating relevant rules and regulations.” It didn’t elaborate on what rules or regulations may have been broken.

In an article published Monday on his account on WeChat, another Chinese social-media platform, Mr. Ren had called for China’s central bank to print 2 trillion yuan, the equivalent of about $314 billion, each year to offer cash subsidies to motivate married couples to have more babies.

Doing so, he predicted, could help increase the number of newborns by 50 million over the next decade. The article, whose contents sparked a heated online debate, has since been deleted from WeChat.

Mr. Ren couldn’t be reached for comment. His Weibo account was suspended Wednesday, according to the state-run Global Times newspaper, and it wasn’t known how long the suspension would last. Similarly, it couldn’t be determined if Mr. Ren’s WeChat account was still active, though he had posted as recently as Wednesday.

Spokespersons for the country’s internet watchdog, the Cyberspace Administration of China, and for Weibo Corp. and Tencent Holdings Ltd., which runs WeChat, didn’t immediately respond to requests for comment.

The blocking of Mr. Ren’s social-media account reflects tighter internet and media controls in recent months under Chinese leader Xi Jinping, who is widely expected to seek a precedent-breaking third term at a closely watched political event later this year.

Mr. Ren’s silencing may also signal a fresh shift in Chinese authorities’ tolerance for alternative viewpoints, with censorship spreading from longtime taboos such as human rights and ethnic-minority policy to encompass once-safe topics such as demographics and the country’s fertility rate. China’s internet and social-media platforms are subject to heavy censorship by government authorities, and often from the companies themselves, which can be held responsible by government officials for content on their platforms.

In the past, China has tolerated, if not officially adopted, some more creative policy ideas and proposals, including those touching on demographics and gender.

China’s population is skewing increasingly older, and the country’s falling birthrate has become a significant concern for authorities.

After data from a once-in-a-decade census last year revealed China’s population growth had ground to a near halt, Beijing loosened the country’s once-draconian birth restrictions and unveiled a suite of policies aimed at encouraging couples to have three children.

Census data last year showed that some 12 million babies were born in China in 2020, marking the fourth consecutive year in which births fell, despite official efforts to relax birth restrictions. At the same time, the number of citizens aged 60 and older continued to rise, with that elderly population now accounting for nearly one-fifth of the overall population.

Eyeing these trends, Mr. Ren, who most recently served as economist for Evergrande China Group, one of the country’s largest real-estate developers and one that is now mired in debt issues, questioned China’s past policy moves in his essay this week.

Mr. Ren has long been outspoken about China’s population demographics, and co-founded a Beijing-based think tank focusing on public-policy research.

He warned of the dangers of China’s low fertility rates, including the economic impact of a shrinking population and workforce and the prospect of serious problems tied to a surplus of unmarried men. An official at China’s main economic planning agency, the National Development and Reform Commission, said last year that China’s economy would continue to benefit from its demographic profile, citing the country’s still-ample pool of labor resources.

Write to Liza Lin at Liza.Lin@wsj.com