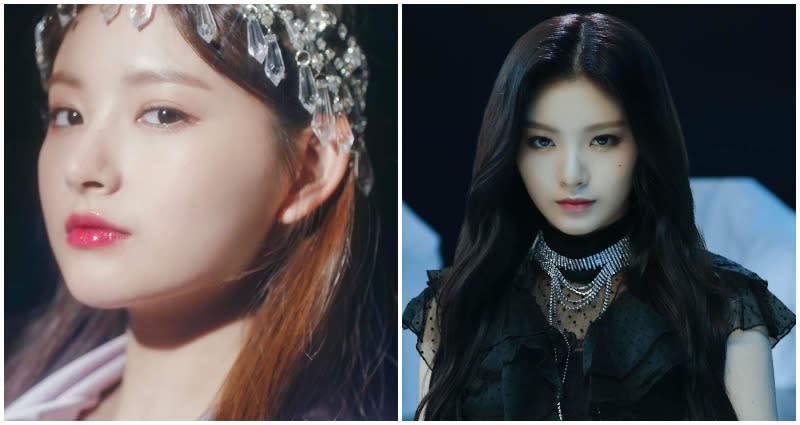 Wang, the lead dancer and vocalist of the K-pop group, remained standing as she did a Chinese salute making a fist and a palm while her fellow members knelt down in a traditional Korean gesture to greet and express their gratitude to their audience at an event on Jan. 2.

The Chinese state-run Global Times describes the act of kneeling down, which young people have historically used to pay respects towards elder generations, as a “servile” gesture in the modern Chinese culture. In South Korea, however, the gesture is still widely practiced as part of New Year’s celebrations to signify gratitude.

Many of Wang’s Chinese fans commended her for remaining rooted in her Chinese culture.

“Wang has set a good example for Chinese stars developing their career overseas, which is still keeping with Chinese etiquette and spreading Chinese culture abroad,” a Sina Weibo user wrote, as translated by the Global Times.

“Wang just went to South Korea for work, not to become a South Korean,” Beijing cultural critic Shi Wenxue also said. “She pursues her career in the country by spending a lot of effort in singing and dancing, which shows her love of K-pop culture. However, this does not mean she has to follow all South Korean culture. ‘To seek harmony in diversity’ is the principle of our cultural coexistence.”

However, many South Korean fans criticized the singer online for ignoring the customs of the country. According to the South China Morning Post, many of the comments called on the K-pop star to “Stop making Korean money” and to “Go back to China.”

“All this shows that the Chinese are arrogant and have no respect or consideration for other cultures,” one person wrote on Allkpop.

“I think it’s fine if Yiren wants to express her individuality as a Chinese but if she’s the only one doing it while everyone else is literally by her feet, it comes off somewhat insensitive to the very country that has welcomed you to promote in,” another person commented. “That’s like the equivalent of an icon walking into a room and everyone getting up to applaud besides you just because you don’t care about them.”

Wang and her management company Yue Hua Entertainment have not commented on the controversial incident; however, the talent agency announced the K-pop star’s temporary break on Monday to visit her family in China.

“Yiren has to go back to China from mid-January till the end of February due to her academic status, so she will be taking a break there for a while to spend time with her family, whom she hasn’t seen in a long time because of Covid-19,” the company stated.

“Everglow will continue their domestic activities with five members, and carry out their schedule as planned,” they added.

Meet Kim Su-min, the aspiring actress who has yet to find love on ‘Single’s Inferno’