Almost half of China’s 30 biggest developers were in breach of at least one of Beijing’s recently introduced rules on property sector leverage, according to a Financial Times analysis of the latest available data.

In August last year, the Chinese government unveiled the “three red lines”, which aim to constrain property developers’ debt according to three balance sheet metrics: the ratio of liabilities to assets; net debt to equity; and cash to short-term borrowings.

The FT analysis, based on data from Beike Research, part of Chinese property group KE Holdings, showed that among the 30 developers, 14 had breached at least one red line as of June 14. These companies accounted for the majority of the 30 developers’ sales last year.

The findings come as Chinese group Evergrande, the world’s most indebted developer, teeters on the edge of default after missing an interest payment last month.

Evergrande’s problems have thrust China’s deleveraging policy into the spotlight and convulsed global markets. The company is the most extreme example of the high leverage that has for years funded Chinese real estate development — and underpinned the country’s rapid growth — and which the government is now seeking to rein in.

Only a few of the 30 developers in the FT analysis had violated two or more red lines but liquidity crises at those companies, including Evergrande and Guangzhou R&F, have raised concerns about contagion to China’s wider economy

If developers breach the rules, they face caps on their ability to raise new debt.

S&P Global Ratings noted that while the Chinese government has not released an official statement regarding the rules, they have been widely reported in domestic media since last summer.

The liability to asset ratio is the leverage metric that catches out by far the most of China’s biggest property developers, reflecting the scale of not only their debt but also obligations to the businesses with which they work.

Country Garden Holdings, China’s biggest developer by sales last year, had a liability to asset ratio of 78.5 per cent as of June, surpassing the red line limit of 70 per cent. The group’s shares have slumped 26 per cent this year, but its bonds maturing in 2024 are trading higher than their par value, in sharp contrast with many of its peers.

Of Evergrande’s almost Rmb2tn of total liabilities, nearly half are made up of trade and other payables.

Many developers also have off-balance-sheet obligations that stand to increase their leverage if included in metrics.

Across the sector, companies often sell properties ahead of completion to homebuyers and receive the payment in advance, referred to as advance receipts. Developers add “contract liabilities” to their balance sheets to counteract the cash that has come in, before eventually realising a profit after the projects are completed.

Guangzhou R&F, the only Chinese developer that had crossed all three red lines, performs the worst when it comes to net gearing.

The metric subtracts a company’s cash holdings from its debt, then measures the difference against shareholders’ equity. This is a way of comparing indebtedness with the value of a business.

Aside from Evergrande, Guangzhou R&F has been one of the developers to come under the most scrutiny. This year, it completed the sale of a big logistics development in south China to Blackstone, the US private equity firm. It has also sold assets to Country Garden.

Its bonds have sold off sharply in recent weeks, but they rebounded after shareholders injected funds, which Fitch expects will be used to repay upcoming bonds.

Perhaps the most straightforward metric of developers’ vulnerability is how much cash the company has on hand to repay debts about to come due — and many are close to the line, putting pressure on their ability to make repayments. 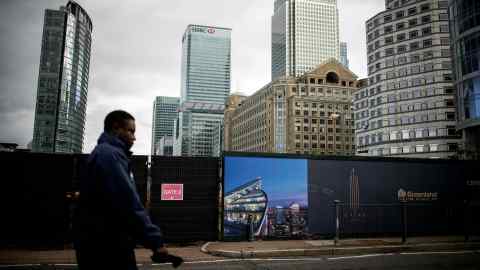 Evergrande, the second-worst offender by this measure as of the end of June, has attempted to raise cash by offloading assets, some of which it listed in an interim report in August that also warned of the risk of default.

But its liabilities dwarf the assets it has managed to sell. Evergrande’s stock is suspended along with that of its property management subsidiary, which it listed in Hong Kong late last year. On Monday, the developer said it was anticipating a potential takeover offer for the unit.

Another recent sale, of part of a stake in Shengjing Bank, highlighted creditors’ scramble to recoup losses from the teetering developer: the bank demanded that proceeds from the sale be used to repay liabilities it is owed by Evergrande.