Sydney’s so-called “eyebrow queen”, Kristin Fisher, had already endured a life-changing 18 months before she was caught by police in a stranger’s car with bags of cocaine at her feet.

Even for a go-to of the city’s celebrities and socialites, running a beauty business in Covid times was near impossible.

There have also been crushing personal ordeals to overcome, including a marriage breakdown and the tragic loss of her friend and manager, Michele Singh, to suicide.

Then came the night of July 17, 2021 and a low point a court would later hear left the 36-year-old mortified. 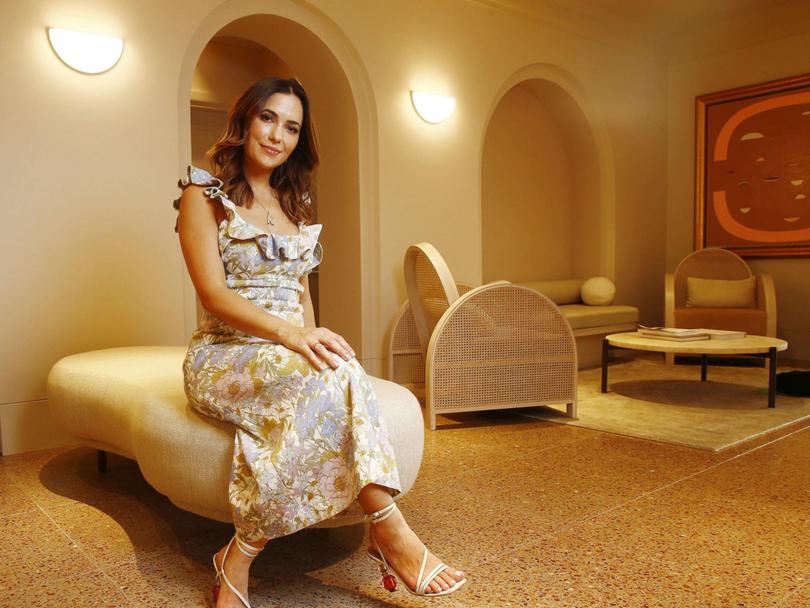 She was in the back seat of a Kia Rio, driven by an aspiring beautician who had turned to slinging drugs, as her own fledgling career had been halted by the pandemic.

As the Kristin Fisher Eyebrows studio lay dormant in the glitzy suburb of Double Bay, the shop’s namesake was about to face an even graver problem.

According to a fact sheet presented to court, at about 7.30pm, 19-year-old Brooke Moody had picked Fisher up from her eastern suburbs home, having arranged to hand over one gram of cocaine.

Moody ferried the mother-of-two to an area where Bondi police often patrol as a known hotspot for dial-a-dealer drug transactions.

It was there on Curlewis St where the car came to the attention of the cops, but not for any obvious signs of drug dealing.

The white hatchback crossed onto the wrong side of the road, nearly causing a head-on crash, before pulling over with its hazards flashing, the facts state.

Police officers turned on their lights and sirens and arrowed in behind the humble hatchback before they found Moody behind the wheel and a “frantic” Fisher in the back, who made moves to leave the car.

Ironically, despite Fisher being one of the most well-known figures in her dream field, Moody was unable to say who her passenger was or how she knew her when pressed by suspicious officers.

In Fisher’s possession was a credit card and some beauty products. Two small clear bags containing white powder – which police said was coke – lay in the footwell at her feet.

After her initial panic, she would later concede to have been picking up the gear in a deal organised by a friend and that no money had been exchanged with Moody. 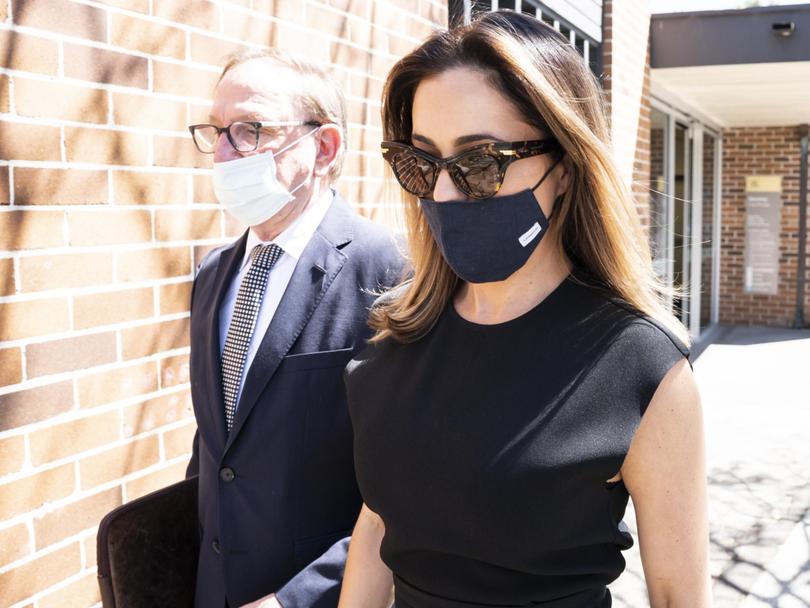 Fisher was charged with drug possession and also stung with a $1000 fine for breaching public health orders by leaving home without a reasonable excuse.

When she returned home, she sat in shamed silence and reflected on what had just happened.

The woman who had spent years building up her name – and massive social media following – through hard work and business smarts now faced it being dragged through the mud.

Fisher had come a long way from her home town in Broome, Western Australia – a remote resort spot about as far from high-society Double Bay as you can get without leaving the country.

That upbringing grounded her, according to a profile interview she did with website The Cool Career.

“Coming from a small town, it has always been embedded in me to not take life too seriously and always stay true to your roots,” she told the publication. 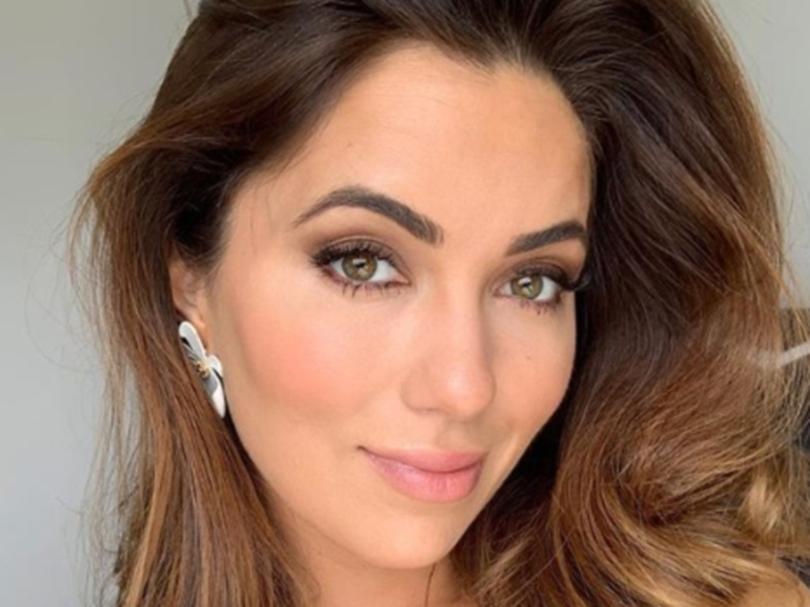 She went on to board at St Mary’s Anglican Girls School in Perth, where she became a prefect and school captain.

An all-girls school was the perfect place to begin honing her beautician skills, keeping her trusty tweezers handy to do her friends’ brows at lunch time.

After leaving school, and a year studying beauty, she opened her first store in Perth at age 19.

Five years later she sold it and made the move to the big smoke in Sydney where, from inauspicious beginnings, she would grow the business started in her ex-husband’s gym to be one of the city’s most chic and popular parlours.

Success also brought with it the opportunity to give back to the community, shown when Fisher helped raise $250,000 for victims of the devastating Black Summer bushfires. 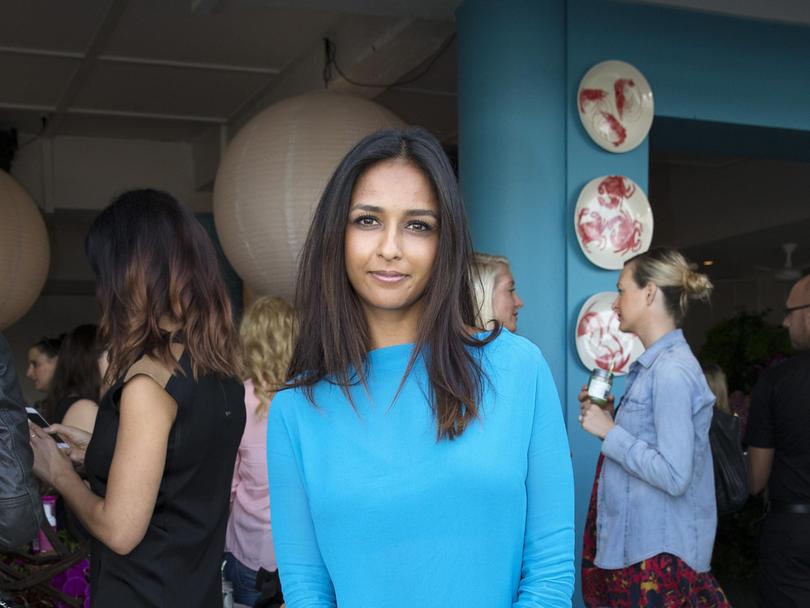 However, as Waverley Local Court heard on Wednesday, years 2020 and 2021 had not been as kind to Fisher, both personally and professionally.

She and partner Chris Barnes separated in early 2020 before the pandemic hit and forced Fisher’s business into a shutdown.

Then, in early 2021, her close friend and PR maven Ms Singh took her own life just hours after they shared what would be their final meal together.

“Our darling Michy, you’ve left a gaping hole in so many hearts and I will forever be grateful that you came into my life all those years ago,” Fisher wrote on Instagram.

Sydney’s latest lockdown in June halted business again – there were bills to pay and 12 employees to support.

Next was the cocaine bust on the night of July 17 and a looming court date that would set tabloid tongues wagging.

Despite her anxiety at fronting the drug charge, Fisher missed multiple court appearances, her lawyer said, because she lost the yellow court attendance notice she was given by police.

She was convicted of drug possession without facing a court last month after a magistrate lost patience at her unexplained absences. 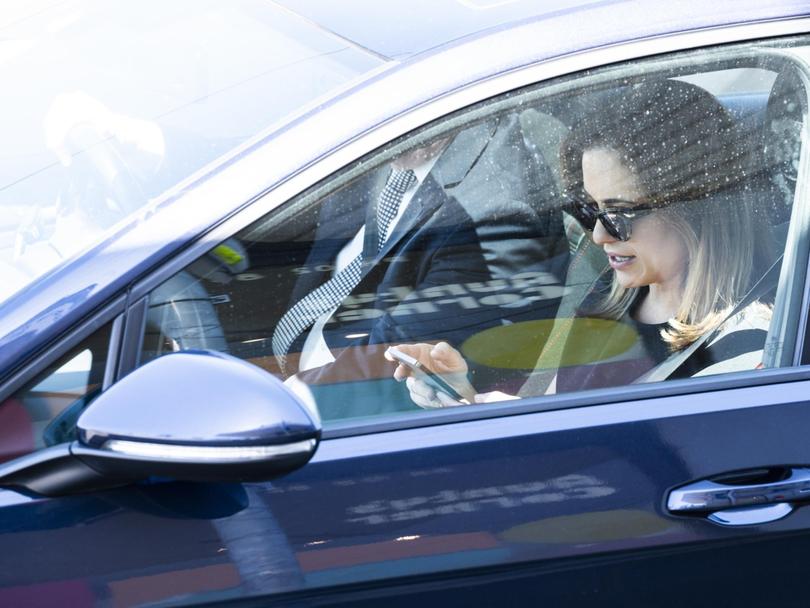 However, when she finally appeared on Thursday, the same magistrate overturned the conviction and instead, handed her a six-month community release order with a condition not to do drugs.

The court heard one of Fisher’s children had moved the court notice from her fridge and she’d been checking her letter box every day for an update.

When told the court had taken the step to email her a copy of the notice, she spoke up to ask if they had spelt her email address correctly. That earned a subtle rebuke from her lawyer.

In sentencing her, Magistrate Ross Hudson said cocaine was a “stain” on the community and warned how a bad decision could undo a lifetime of work in just seconds.

In a letter read to the court, Fisher professed her embarrassment and remorse: “I will never do it again”.

A week earlier, Moody, of Merrylands, pleaded guilty in court to charges of supplying a small amount of drugs and dealing with the proceeds of crime relating to $650 found in her bag from earlier drug deals.

She was convicted, fined a total of $3000 and placed on a bond that will see her supervised by community corrections for the next 30 months.