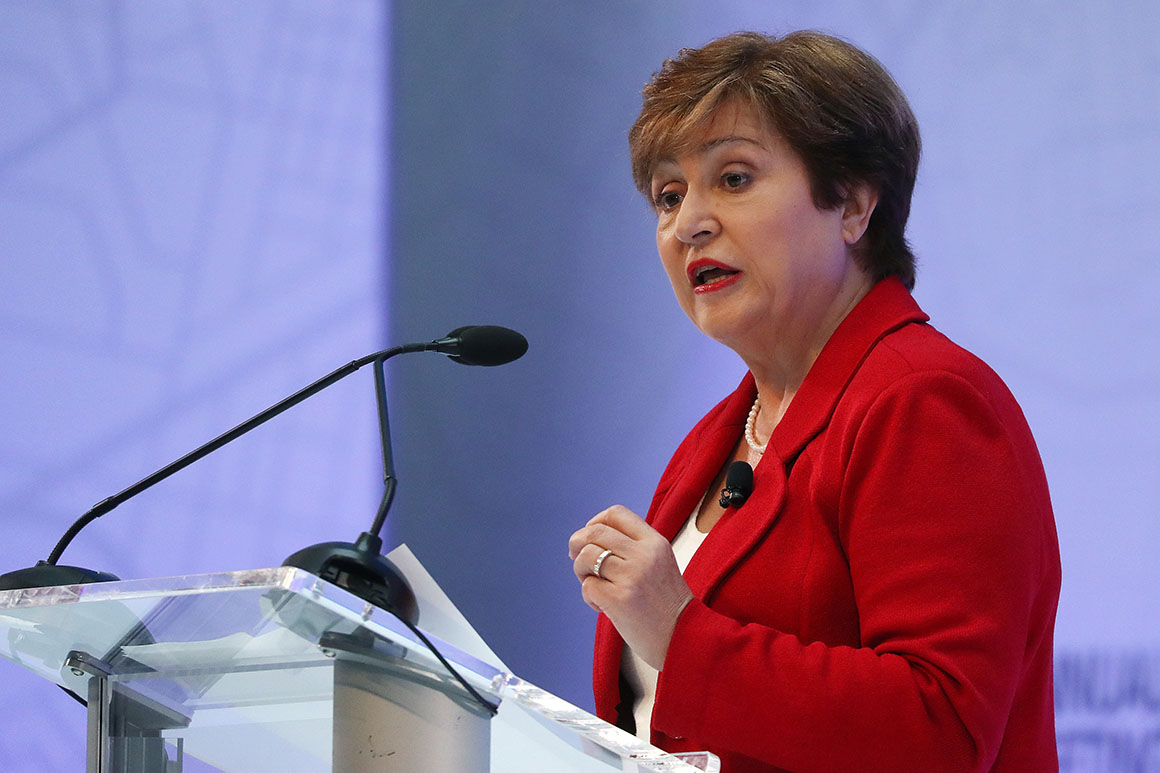 The controversy heavily implicates Georgieva, creating an awkward dilemma for the Biden administration as it aims to keep up its quiet-but-tough stance toward China. Still, some officials have cast it more as a reputational issue for the IMF, a forum for global cooperation on exchange rates, trade and financial stability. The U.S. and its allies have a controlling number of votes on the IMF board, and China has been seeking to expand its influence there.

Georgieva left the World Bank in April 2019, later that year being named to head the IMF. She has strongly denied that she did anything improper.

“I disagree fundamentally with the findings and interpretations of the Investigation of Data Irregularities as it relates to my role in the World Bank’s Doing Business report of 2018,” she said in a statement last month. “I have already had an initial briefing with the IMF’s Executive Board on this matter.”

Treasury officials were asked whether the Biden administration wanted her out at the fund.

“There is a review currently underway with the IMF Board, and Treasury has pushed for a thorough and fair accounting of all the facts,” Treasury spokesperson Alexandra LaManna said in a statement. “Our primary responsibility is to uphold the integrity of international financial institutions.”

The IMF board met Wednesday with Georgieva and said it “remains committed to a thorough, objective and timely review.” It also met Monday with WilmerHale, the law firm that drew up the report.

Former World Bank chief economist Joseph Stiglitz recently defended Georgieva in an op-ed in Project Syndicate, arguing that the investigation “appears to me to be a hatchet job.”

“Throughout, Georgieva acted in an entirely professional way, doing exactly what I would have done (and occasionally had to do when I was chief economist): urge those working for me to be sure their numbers were right, or as accurate as possible, given the inherent limitations on data,” he wrote.

The IMF and World Bank will hold their annual fall meetings next week.