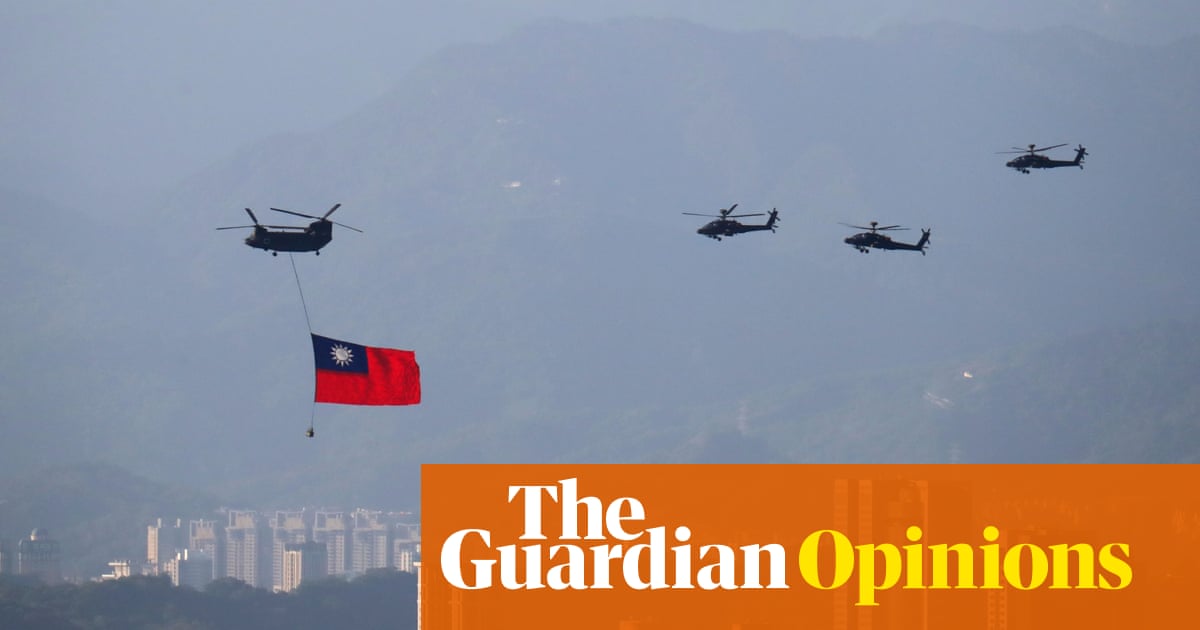 For an emerging superpower prone to petulant outbursts and coercive retaliation, China’s initial response to the recent announcement of the new three-way security pact between Australia, the United States and Britain seemed surprisingly tepid.

Hours after the trio unveiled their “forever partnership”, known as Aukus, China formally requested that it be allowed to join an 11-member Asia-Pacific trade grouping, the Comprehensive and Progressive Agreement for Trans-Pacific Partnership (CPTPP).

This was an odd move by China, whose application requires the consent of the grouping’s members, which include Australia. In recent years, China has responded to previous perceived slights from Canberra by imposing economic sanctions worth $20bn and freezing ministerial contacts.

Now, it was effectively seeking a favour from Canberra, even though Australia’s prime minister, Scott Morrison, had just announced plans to buy nuclear submarines and signalled that he was seriously preparing for the possibility that US-China tensions will spill into war.

But China’s application to join the trade pact was carefully timed. It allowed China to demonstrate its commitment to global free trade and to contrast its approach with that of the US, which withdrew from the grouping.

More significantly, China’s application was primarily designed to head off a long-awaited bid by Taiwan to join. China, which regards Taiwan as a breakaway province, regularly tries to prevent other states dealing with Taiwan at an official level.

Six days after China applied to join the CPTTP, Taiwan submitted its own application.

Taiwan’s chief trade negotiator John Deng told reporters: “If China joins first, Taiwan’s membership case should be quite risky. This is quite obvious.”

This wrangling over the CPTTP attracted less attention than the Aukus announcement, but it highlights a crucial feature of the frightening rise in tensions between China and the US.

China, in its quest for “reunification” with Taiwan, is playing on two separate battlefields.

First, and most blatantly, it is expanding its military at a frantic pace and using its air force and navy to intimidate Taiwan. In the past week, for instance, China has set an almost daily record for its fighter jet interventions into Taiwan’s air defence zone.

Last Friday, on China’s national day, it sent 38 planes towards Taiwan; on Saturday, it was 39; on Monday, it was 56. The US, a close backer and arms supplier of Taiwan, described China’s flights as “provocative”.

But China is also operating on a separate front. It is trying to isolate Taiwan on the world stage and to ensure that Taiwan’s status is downgraded in international diplomatic and economic arenas. So, as Morrison was still speaking to the Australian media about Aukus and submarines, the Chinese commerce minister wrote to the New Zealand government – which holds formal documents relating to the CPTTP – to join the group.

The lesson for Australia is that, as US-China ties deteriorate, it needs to avoid picking the wrong battlefield.

As the gap between China’s military and Australia’s widens, it is unlikely that Australia’s capability – even with a fleet of nuclear submarines, supplied by its Aukus partners – will determine the balance of military power in the Indo-Pacific.

Despite being the world’s 12th biggest-military spender, Australia’s annual defence budget is now just 10% of China’s.

Australia plans to have the first of its eight nuclear submarines in the water by the late 2030s. China, which has the world’s largest navy, currently has a fleet of about 62 submarines, including 12 that are nuclear-powered.

By 2040, it is due to have 26 nuclear submarines. The US currently has 68 submarines; all are nuclear-powered. Australia’s submarines and other forces can be used for a variety of purposes, including defence of the Australian mainland – but, in the terrifying case of a standoff over Taiwan, they will not be decisive.

Yet, on the other battlefield, Australia’s capabilities are more imposing. In the arena of international trade and diplomacy, Australia, which is the world’s 13th largest economy and – historically – a committed supporter of strong international institutions, has genuine clout.

The CPTTP exists largely because Australia, along with Japan, worked to save it after Donald Trump pulled out in 2017. Now China is seeking to join.

The Chinese embassy – which famously released a 14-point list of grievances with Canberra – has written to the Australian parliament to make its case, saying China’s membership would “yield large economic benefits”.

Australia responded hesitantly, insisting that China should not be allowed to join the CPTPP until it meets its international trade obligations and lifts its current sanctions on Australian exports such as beef, wine and barley.

Australia should deploy its clout in the international arena carefully. It can try to encourage an easing of US-China tensions and to discourage provocations.

Taiwan is warning that war is looming. But Australia will be able to do little to alter the course of an actual conflict.

Instead, it can join others to deliver a strong message to China about the potential cost of an attempt to take Taiwan by force.

Australia’s yet-to-be-commissioned submarines will not dissuade Beijing from military intervention, but it has an alternative arsenal that currently seems to be more successful in demanding China’s attention.