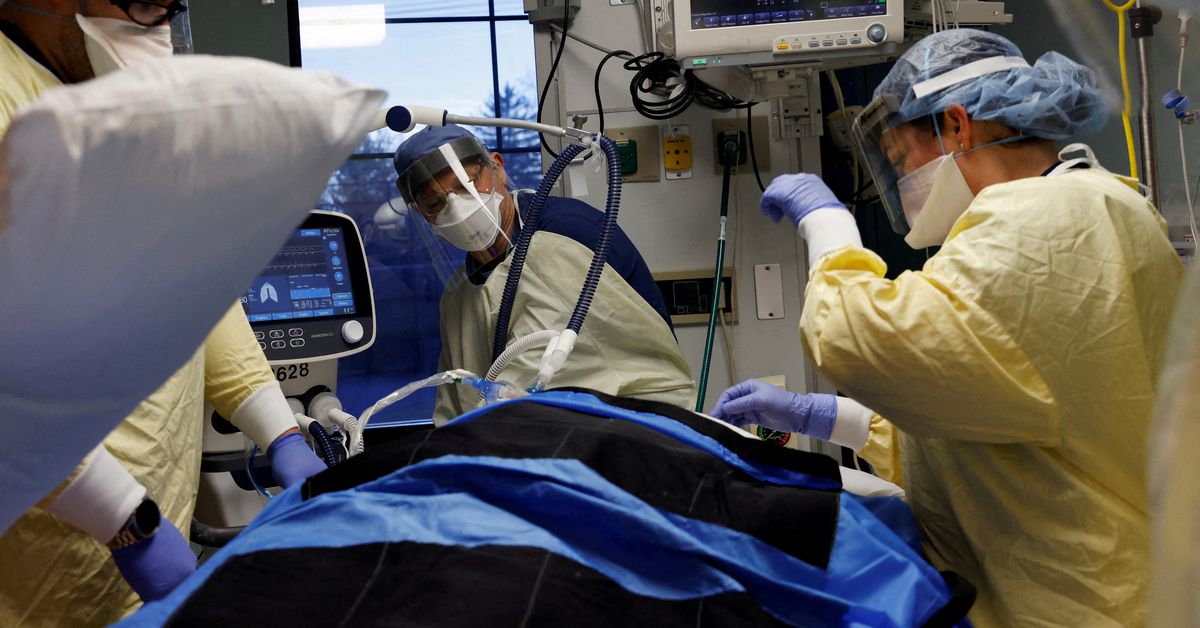 Jan 10 (Reuters) – COVID-19 hospitalizations in the United States reached a record high on Monday, according to a Reuters tally, as a surge in infections caused by the highly contagious Omicron variant strains health systems in several states.

There were 132,646 people hospitalized with COVID, surpassing the record of 132,051 set in January last year.

Hospitalizations have increased steadily since late December, doubling in the last three weeks, as Omicron quickly overtook Delta as the dominant version of the virus in the United States.

While potentially less severe, health officials have warned that the sheer number of infections caused by the Omicron variant could strain the hospital systems, some of which have already suspended elective procedures as they struggle to handle the surge of patients amid staff shortages.

The seven-day average for new cases has doubled in the last 10 days to 704,000. The United States has averaged over a half a million cases for the last six consecutive days, according to a Reuters tally.

Only seven states have not set records for COVID-19 cases in 2022 – Arizona, Idaho, Maine, Montana, North Dakota, Ohio and Wyoming, according to a Reuters tally.

Washington, D.C., is leading the country in new infections in the past week based on population, followed by Rhode Island, New York, New Jersey, Massachusetts and Vermont.

Deaths are averaging 1,700 per day, up from about 1,400 in recent days but within levels seen earlier this winter.

Reporting by Maria Caspani in New York and Lisa Shumaker in Chicago; Editing by Bill Berkrot