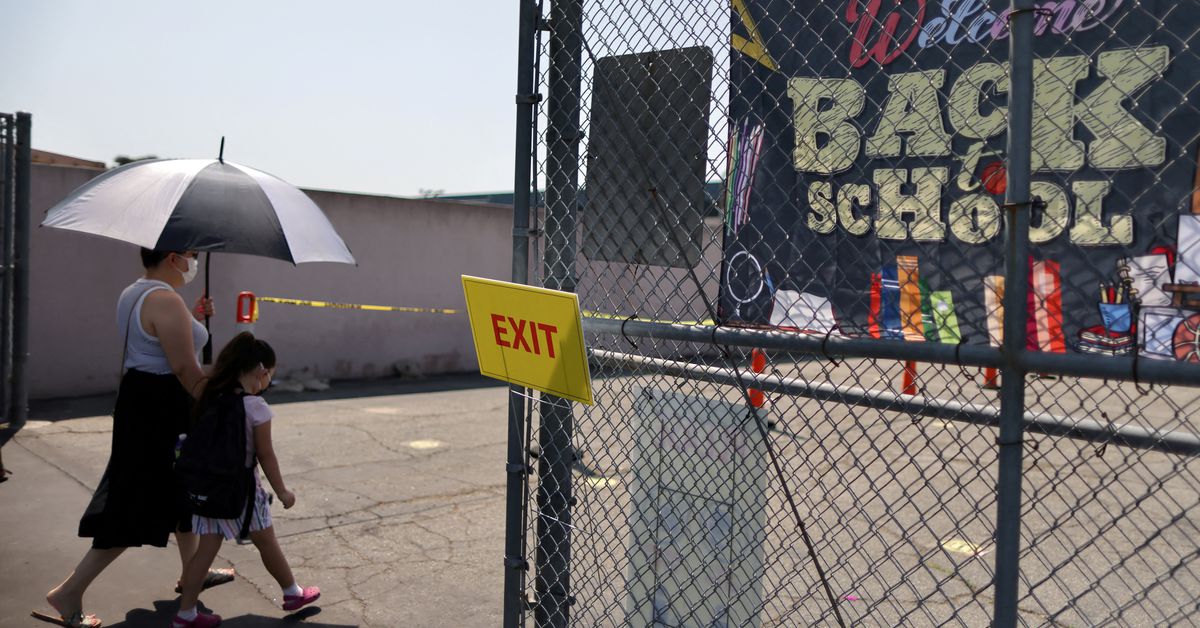 Jan 12 (Reuters) – The Biden administration announced on Wednesday a new set of measures to keep schools open, including increasing access to COVID-19 tests, as the highly contagious Omicron variant spreads rapidly through the United States.

The United States reported 1.35 million new coronavirus infections on Monday, according to a Reuters tally, the highest daily total for any country in the world. Omicron was estimated to account for 98.3% of total new coronavirus cases circulating in the country as of Jan. 8, the CDC said Tuesday.

The White House and top health officials on Tuesday defended the government’s response to the surge in cases and hospitalizations.

The gigantic wave of infections has forced Americans to put off traveling and shutter entertainment venues, and has disrupted plans for students and teachers to return to school and for workers to go back to the office.

Having been accused in recent weeks of focusing on vaccinations at the expense of testing, the Biden administration said it will increase the number of COVID-19 tests available to schools by 10 million per month. The administration estimates this will help schools more than double the volume of testing compared to November 2021.

The steps come as some school districts move to virtual classes again to escape the Omicron wave.

The Centers for Disease Control & Prevention will also work with states that request additional tests for school districts, and the first deliveries will be made later this month, the administration said.

The administration said its efforts so far have resulted in 96% of schools being able to open in-person classes this month, up from 46% of schools in January 2021.

The White House has separately pledged to make 500 million rapid COVID-19 tests available to all Americans in January, and said people should be able to order such tests through a federal website later this month.