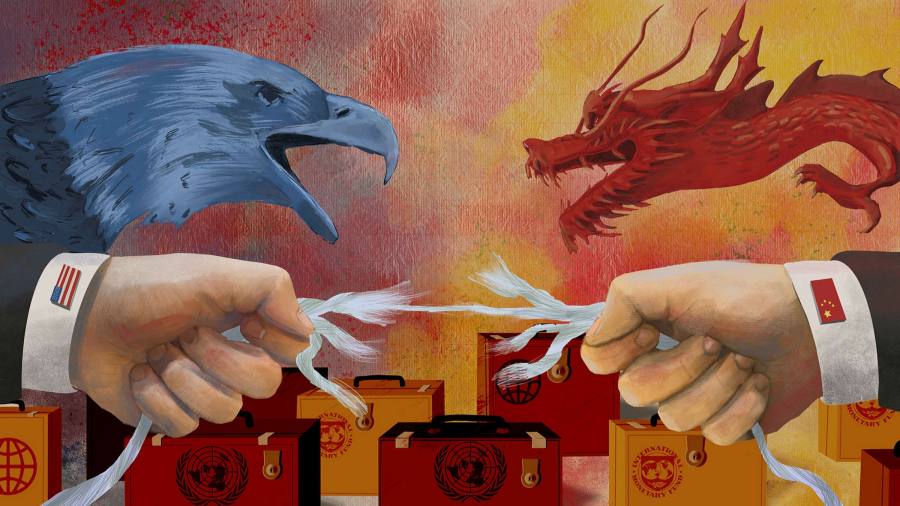 Kristalina Georgieva’s alleged sins may look trifling to some. The IMF’s managing director is accused of having manipulated the World Bank’s Doing Business index in 2018, when she was the institution’s CEO, to give China a higher ranking than it merited. Compared to Dominique Strauss-Kahn, one of her predecessors, who in 2011 was accused of sexual assault in New York, or Rodrigo Rato, an earlier occupant, who was jailed for embezzlement, Georgieva’s clerical meddling looks like a victimless misdemeanour. Yet in geopolitical terms, her fate will be of far greater consequence.

An independent report published last month claims Georgieva interfered heavily in the Doing Business ranking to appease China in the midst of trying to secure a capital increase from Beijing. It is doubtful this would have generated anything like this fuss had Georgieva interfered on behalf of any other country, let alone kept its ranking at a paltry 78th rather than let it drop a few rungs.

Yet we inhabit a Thucydidean world in which today’s hegemon, the United States, which has dominated the Bretton Woods system since it began in 1944, faces a challenger, China, that is knocking with growing conviction at the door. How could such a damning report land without a thud?

The sharpest contrast between today’s emerging cold war and the one between the US and the Soviet Union is that China is deeply integrated into the global economy. The USSR boycotted Bretton Woods and had no meaningful presence in the global trading system. China, on the other hand, has played a strong role, first as a recipient of Bretton Woods’ largesse and now as a creditor. Today it is the largest trading partner to many more countries than the US. In purchasing power parity terms — calculated by what you can buy in local currency — China’s economy is larger than America’s. In dollar terms, the gap is closing fast. Yet China only accounts for six per cent of the IMF quota — a proxy for shareholding — against America’s 17 per cent.

Should she remain in post, one of Georgieva’s biggest tasks would be to reweight China’s quota next year. Were she to recommend a big increase in China’s share, as she should, her motives might now be called into question. There are plenty of China hawks in the US Congress searching for pretexts to vote against any change. The larger question is whether the world’s institutions are robust enough to cope with what looks likely to be a prolonged contest for global primacy between the two titans.

Since their inception, such bodies have been dominated by the United States, which has been happy to apply its rules to others while exempting itself when it suits. Global bureaucracy is littered with US-coined acronyms to which America is not party: the UN Convention on the Law of the Sea, the International Criminal Court, the Arms Trade Treaty and many others. Some call such double standards “US exemptionalism”.

America remains a reluctant member of other bodies, such as the World Trade Organization and the World Health Organization. But US-China rivalry has essentially disabled both. In the case of the WTO, which China joined in 2001 on favourable terms, the US has refused to fill appellate vacancies to adjudicate trade disputes, rendering the body toothless. The global trading system has changed dramatically since then.

China was a $1tn economy at the turn of the century. Now its gross domestic product is $15tn. Donald Trump withdrew America from the WHO in a fit of Sinophobia early in the pandemic. Joe Biden rejoined. But China’s refusal to co-operate with the Geneva organisation’s probe into Covid-19’s origins has left it adrift. An institution is only as effective as its big members want it to be. Like the proverbial dog, a multilateral body’s staff often get kicked when their masters lose patience. That they are exempt from income taxes may be reasonable compensation.

America faces a choice between relaxing its grip on global bodies to encourage Beijing to stay in the game, or refusing to acknowledge China’s rise and risk it exiting parts of the system altogether. Beijing has already created parallel tracks, such as the Asian Infrastructure Investment Bank, and the Belt and Road Initiative. Given that China, along with the US, is one of the five veto-wielding members of the UN security council, it is unlikely to reduce its presence there. But it takes little imagination to picture China losing interest in bodies such as the IMF if it does not receive its due as one of the world’s two great powers. It is surely not in the west’s interests to discard key tools for engaging China in an increasingly bifurcated world.

Where does this leave the IMF’s Georgieva? America is being lobbied by poorer members in Africa, Latin America and elsewhere to retain her. She has won plaudits for responding nimbly to the pandemic and retooling the world’s lender of last resort to address threats such as climate change. Yet US hawks now depict her as irredeemably pliable to China. A reputation for fearless probity will come at a rising premium amid the battle for the future of the big global bodies. The worst of both worlds would be to keep Georgieva in place without having banished doubts about her neutrality.